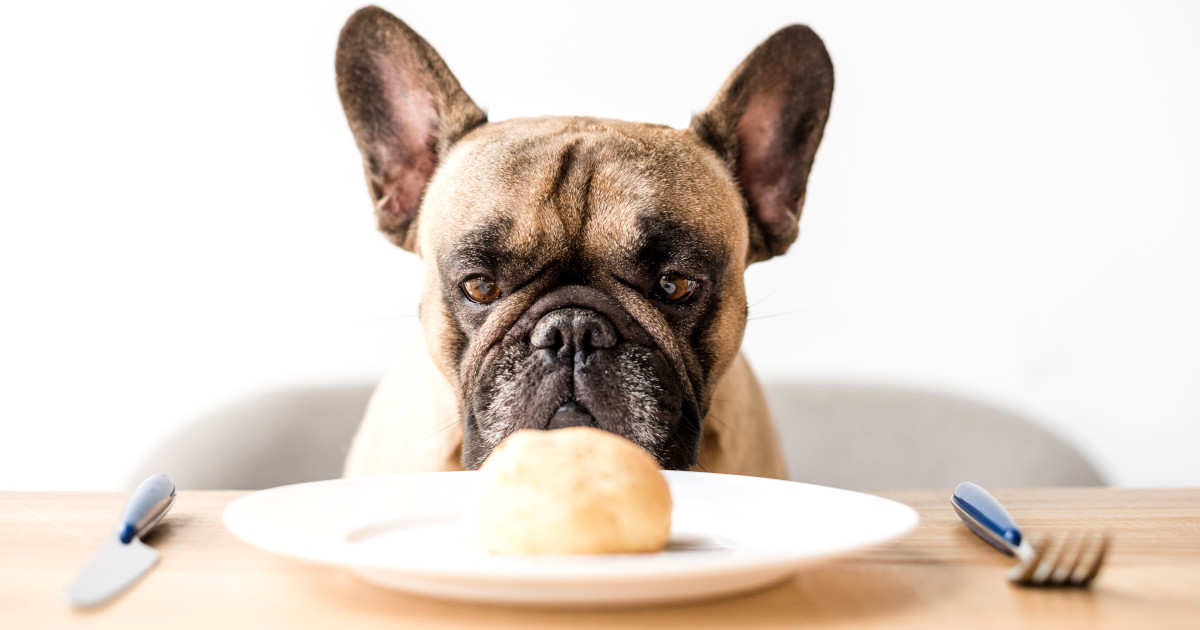 Canine nutrition has been the subject of much research in recent years. Since prepared dog food accounts for a greater volume of supermarket sales than any other single grocery item, the commercial incentive is tremendous. As a result, American dogs are the best fed in the world, probably the most expensively fed, and certainly the most often overfed.

Biologists describe the dog as a carnivorous mammal. But modern authorities say that his cohabitation with man has caused him to become like us, omnivorous. Dogs are remarkably adaptable to different kinds of diets, including diets that are high in vegetable content.

The dog’s digestive system is not exactly like ours. The general process is the same, but the timing is different. First of all, mastication is less important in canine digestion. The dog’s teeth and jaws are designed for tearing meat and grinding bones with amazing efficiency and up to 300 pounds of force. Dogs chew little and swallow rapidly. They cannot chew with their mouths closed.

The dog’s taste buds are situated under his tongue, but his food passes quickly, practically untasted, through the pharynx and esophagus into the stomach, where the principle digestive process takes place. The dogs gastric juices are much stronger than ours, allowing him to digest matter which would give us a severe stomach ache, to say the least.

Your dog’s stomach is very elastic, and can expand to a capacity of one pint in a small lap dog, while large dogs make room for 8 quarts of food. The gastric juices in his stomach are high in acid and food remains there longer than it does in ours. This is why they require a richer, more concentrated diet than we do. Digestion takes place mostly in the stomach, very little in the mouth. 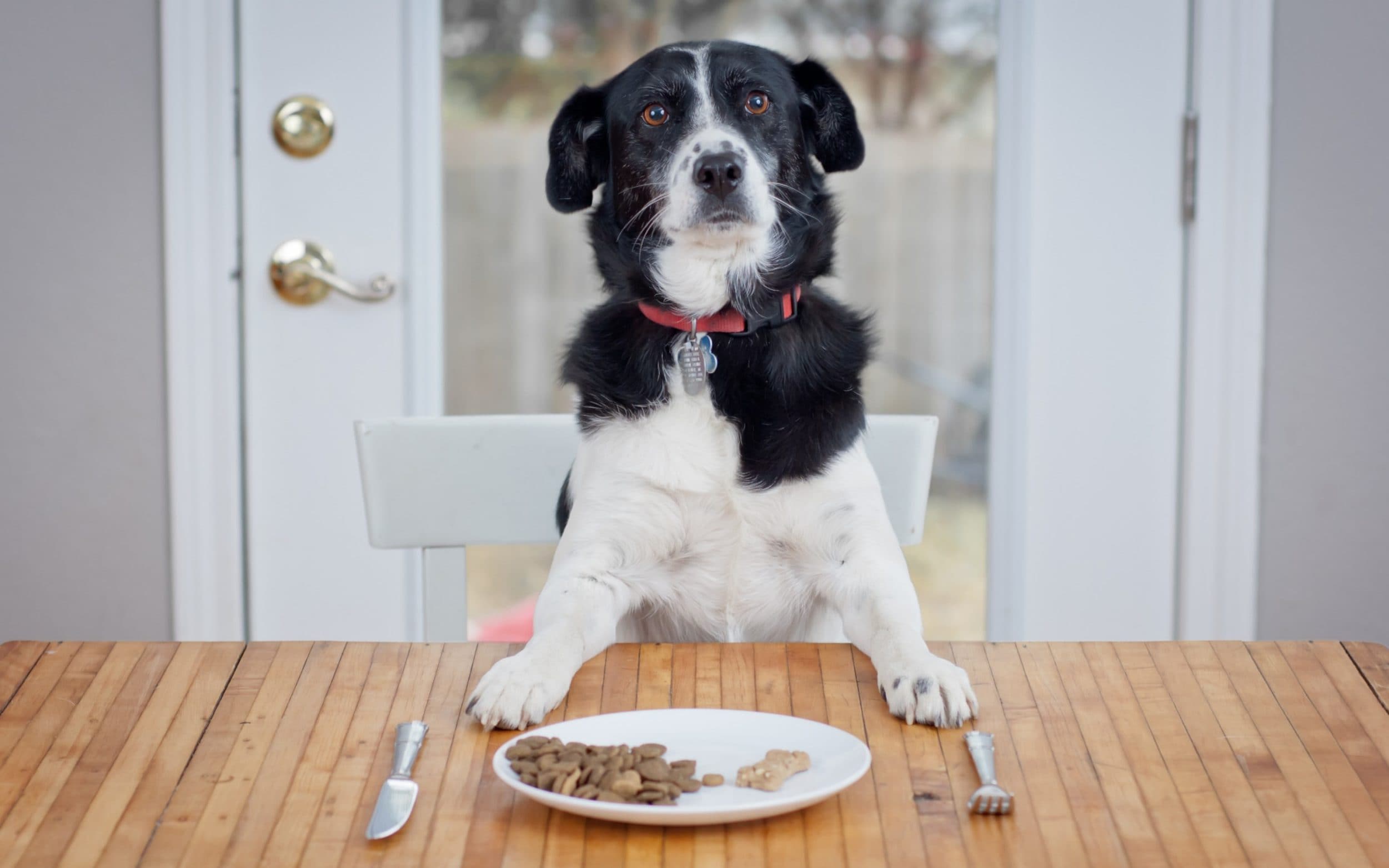 Dogs’ nutritional needs may differ from ours. What we deem as healthy for us might not sufficient or appropriate for them. To give your dog the best nutrition available you will have to understand their specific needs and how to address them. After all, taking care of man’s best friend does take a little preparation and know-how.

Your dog needs the essential nutrients to grow, go, and glow. If your dog does not receive proper nutrients it may result in poor health, stunted growth, lethargy and shortened lifespan.

Dogs like most animal life forms need the six basic nutrients for survival: carbohydrates, protein, fats, vitamins, and minerals. These nutrients serve different functions in sustaining the health and well-being of your dog. This guide will elaborate on dogs’ need of these nutrients.

1. Proteins: the building blocks of your dog’s health
Proteins are chemicals made of amino acids. Your dog can produce some of these chemicals in their own bodies. The rest has to be supplied through food. The best sources of these amino acids are meat and its byproducts. Dogs can extract proteins from these sources a lot easier than it would with plant sources.

Choose feeds that have an adequate amount of protein in them to help your puppies and working dogs grow. Too much of this, however, may cause kidney problems and has been known to cause temperament problems.

2. Fats: delivering other nutrients to the body
Fat sound like a bad word – everyone tries to avoid it because it causes tons of health problems. Dogs, however, just like man, also have a need for these nutrients – albeit in a moderate amount.

The right amount of fat is needed to promote good skin health, and to transport fat-soluble vitamins. Fats are also essential to kidney function … 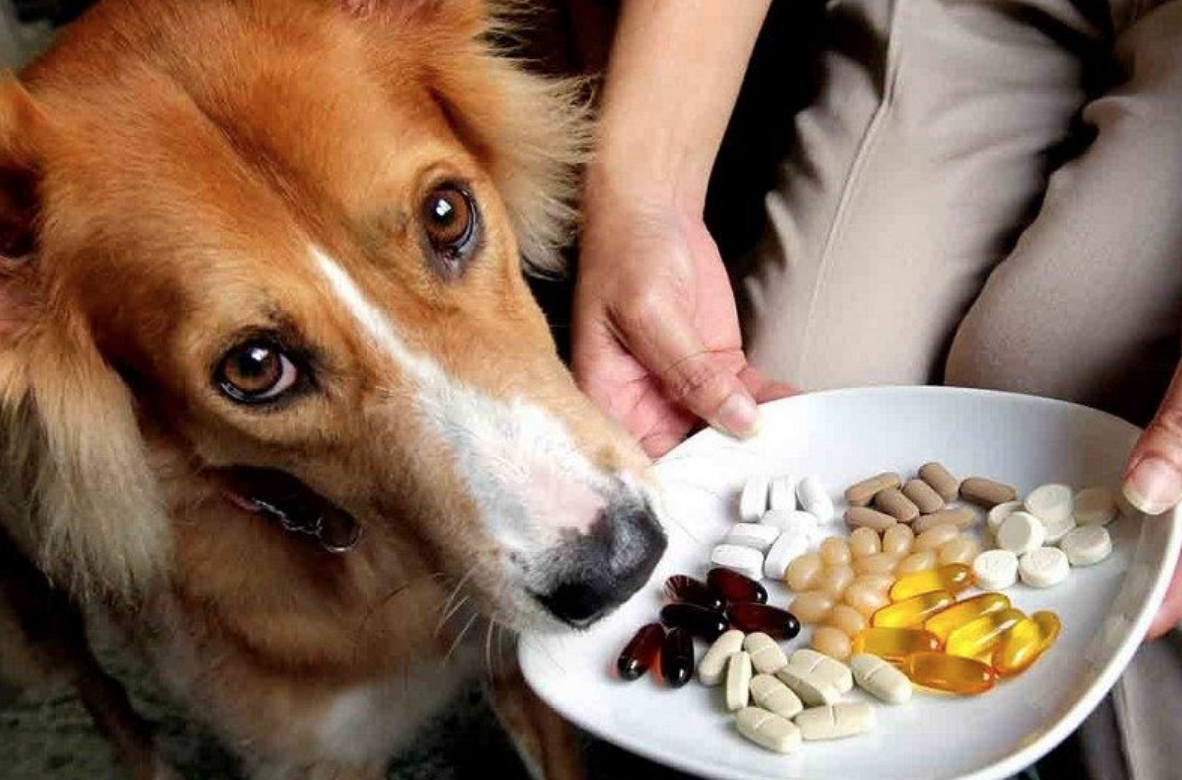 What to Look For In a Dog Supplement

Longevity is attributed 30 percent to genetics and 70 percent to lifestyle. Up to 90 percent of diseases in dogs are due to the degenerative processes associated with aging.

Does Your Dog Act His Age?
Because dogs age seven times faster than people, major health changes occur in a short amount of time. Dogs are considered puppies for about one year, adults from age two to six, and seniors at age seven. Giant breeds, like Great Danes, age even more quickly and are considered seniors at age five. Signs of aging in dogs occur slowly, but generally begin at maturity, somewhere between age one and two.

Dr. Denham Harman’s Free Radical Theory of Aging, applies to people and pets, including dogs. This universally accepted theory states that aging is a process in which the body’s systems deteriorate faster than the body can repair them.

The changes occur due to oxidative damage caused by harmful compounds called free radicals. Free radicals are toxic, electrically unstable molecules. As we age, they are produced more quickly.

Free radicals damage your dog’s body similar to the way oxygen causes iron to rust. They are detrimental to your dog’s genetic material, his DNA and RNA, his cell membranes and enzyme systems.

Free radicals are formed each time we take a breath. Exposure to the sun’s ultraviolet rays, as well as to environmental toxins, pollution, heavy metals …